Leon has collaborated with Korean-Detroit artist Mike Han to create “Detroit Vibrations,” the newest addition to their Artist Edition collection for the Ente SoundTile. 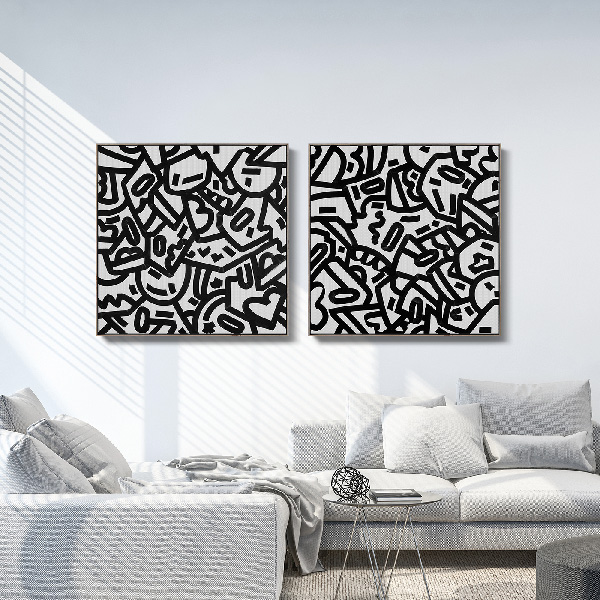 A celebration of Detroit’s rich musical heritage, “Detroit Vibrations” is a series of three art prints created exclusively for Leon by Mike Han for the Ente SoundTile.

Mike has exhibited work in Seoul, South Korea and throughout Metro Detroit. He has been commissioned to paint murals for Google for Startups, vitaminwater, Apigee, Patrick Thompson Design, the Detroit RiverFront Conservancy, Derrick May’s Transmat Gallery, for private residences and small businesses in Ann Arbor, Detroit, Chicago, and Osaka, Japan.

Han has had work purchased by Paramount Pictures for use in a feature film, created art installations for Red Bull, and his work has been featured on BBC World News, Apartment Therapy, The Detroit News, the Urban Outfitters Blog, and published in Detroit Home.

“Mike’s work has a musicality to it…a movement and emotion that makes it a great fit for our Ente SoundTiles.”  —Noah Kaplan, President/Founder Leon Speakers

Meeting of the Minds: The Making of “Detroit Vibrations”
A Korean-Detroit artist, designer, and self-described “modern vandal,” Han’s work draws influence from the work of Keith Haring, classic graffiti from the ‘80s and ‘90s, and Korean calligraphy—but with a contemporary and playful touch. Hear Mike Han and Leon’s Noah Kaplan talk about how their collaboration came to be.